Is DualGard the Right Choice for Your Project?

DualGard is a two-pipe, 1” dia, (25 mm), aluminum, snow bar system that can be powder-coated or anodized to match your roof if desired. It can be used on almost any standing seam metal roof, in addition to corrugated roof profiles.

For corrugated, DualGard uses the CorruBracket™, providing you versatile mounting options (requires a deck below). 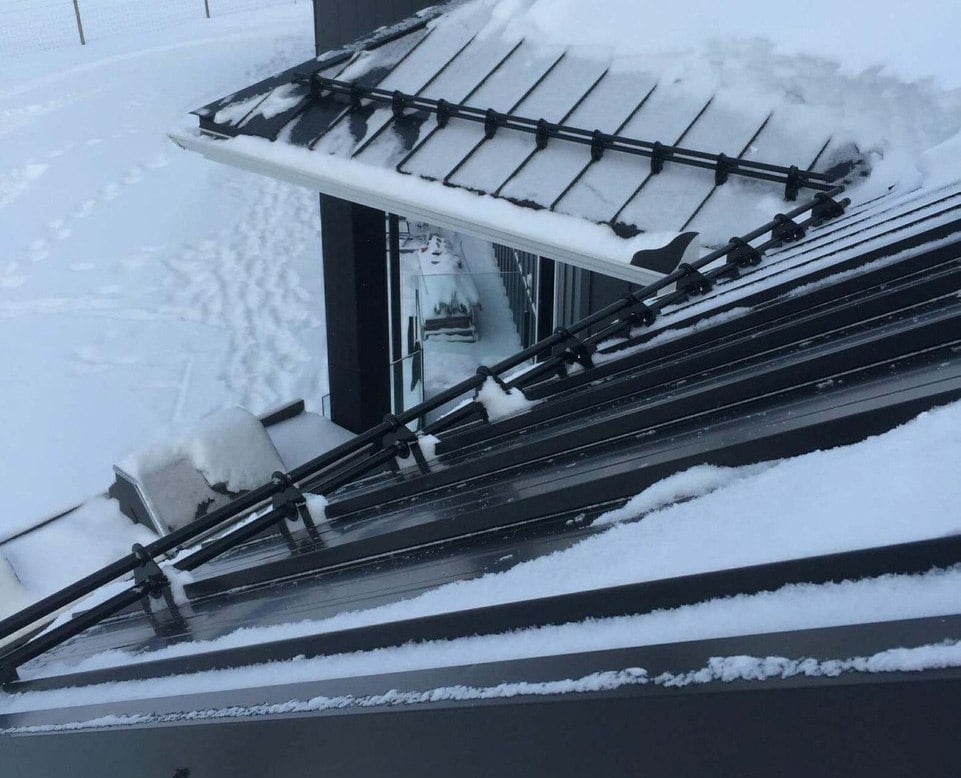 *Average cost is for product only and does not include shipping or labor. Pricing is in USD. Prices vary based on region and other factors. Pricing improves with order quantity. Broken boxes may be subject to handling charges. Call your Authorized S-5! Distributor for current pricing.

Use Our Project Configurator

DualGard Works for the Following Roofs:

The specific components, quantities and costs for your system are dependent upon calculating your particular system through our Snow Guard Calculator.

* MSRP is in U.S.D. based on 1 Master Box piece price in U.S./CAN regions. Prices may vary in other regions. Call your local distributor for pricing.

Retards migration of snow and ice beneath crossmembers. Optional with user discretion but recommended on seam heights of 2” and greater. DualClip can be assembled to crossmember during or following system installation.

This component is available in two sizes to accommodate various seam height dimensions.

Installed on DualPipe at the ends of an assembly, locking DualPipe in place to prevent lateral shifting.

Endcaps keep rain, dirt or debris out of the pipes. DualCollars and EndCaps are packaged together.

For use on standing seam profiles. See individual pages to select the best attachment solution for your metal roof profile.

For system attachment to exposed-fastened roofs with a deck below. Configurations and dimensions of these roof profiles widely vary. See CorruBracket page for critical dimensions to ensure proper fit.

5 Reasons You Should Install Snow Guards 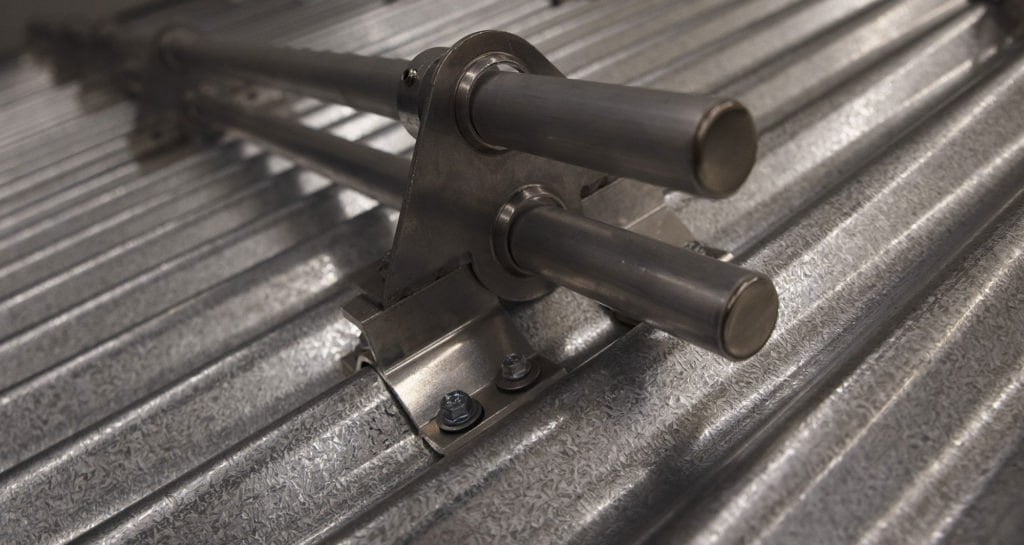 Submit your information by clicking the form below, and we’ll get back to you almost immediately.

SnoClip, X-Clip and DualClip will stop or retard the passage of snow and ice beneath the snow retention cross member. If other flashing elements (e.g., eave guttering accomplishes this purpose) are utilized, then it may not be necessary—so its use is somewhat discretionary depending upon the eave details and project specifics. We recommend it in most cases. In general, one SnoClip per panel on the first row of snow retention will suffice. When seam spacing is >24″, two or more SnoClips per panel are recommended.

Why is it a bad idea to put snow guards over doorways only?

Often, we are asked to provide localized snow guard systems (snow retention systems) over an entranceway or several of them rather than protecting the entire eave line of a standing seam metal roof. In limited cases this can be done, but extreme caution is advised.

It is very difficult to predict how snow banks will shear when only a portion of the bank is restrained. It will not, however, shear in a straight line from the end of the snow retention system (also known as snow guard) up to the ridge. This is a certainty. Rather, it will shear in a diagonal line toward the ridge. The angle of that line becomes more acute as the slope of the metal roof increases, resulting in a large, wedge-shaped bank of snow supported by the system -- not a small, rectangular shaped bank. This is because the snow bank has cohesive strength within itself. The cohesive strength varies with the density and temperature of the snow bank, which always changes. Hence, the angle of shear is impossible to determine with any certainty.

It is necessary to calculate the force of sliding snow on the snow guard system in order to engineer that system against failure. In order to do that, the “tributary area” (size of the snow bank on the metal roof) must be known. Because, as explained above, it cannot be known with certainty; some educated guesswork is involved. When guesswork is involved, it is only prudent to increase the factor of safety. Most often, the result of a large tributary area and increased factor of safety requires additional rows of assembly above the first row. Because we are dealing with a wedge-shaped bank of snow, the question now arises, “How much should the length of the upper rows of assembly be increased compared to the lower row?” The answer to this question involves still more guesswork.

Should the snow retention system be customized to the job?

Yes—any product should be—including those sold by other companies. Everything has a failure point, which is why products are tested. The idea, then, is not to expose a product to forces which exceed its known point of failure. These forces are predictable and can be calculated accurately for any application. Ask your S-5! distributor for assistance or try our Snow Guard Calculator.

Because S-5! clamps attach almost anything to standing seam metal roofs without piercing the panel. S-5! clamps are available for virtually any panel profile on the market—architectural and metal building panels. S-5! clamp technology involves gripping the seam in such a way that there is no penetration to the panel material. We utilize round-point setscrews for attachments specially made only for the S-5! system. S-5! never uses “cup-point” screws like all of the copycats do. Such a screw point cuts through the paint and protective coating of standing seam panels causing corrosion and voiding warranties.

We have conducted 1,000-hour ASTM B-117 Salt Fog testing of our attachment to be sure it causes NO CORROSION on painted Galvalume® or galvanized panels. All related S-5! hardware is noncorrosive 300 series stainless, not plated steel. The tenacity of the S-5! methodology of attachment is thoroughly tested and unequaled by other products.

Holding strength of S-5! varies on different seam profiles, material types and gauges—and we have tested our products on those different panel seams, doing hundreds of independent laboratory pull tests.